BRITISH COLUMBIA: Federal NDP Leader Jagmeet Singh has a seat in the House of Commons, after securing victory in the Burnaby South byelection.

The Vancouver-area race was largely seen as a test of Singh’s leadership, as he faced off against Liberal candidate Richard T. Lee, a former B.C. MLA, and Conservative candidate Jay Shin, a lawyer and newcomer to politics.

In 2017, Singh made history when he became the first non-white leader of a major Canadian federal party. Since then, he’s led the NDP without a federal seat.

In his victory speech on Monday night, Singh said it was a “new day.”

“When I was growing up I could have never imagined someone like me running for prime minister, but guess what we just told a lot of kids out there that yes, you can,” he said.

While Singh highlighted some of the issues critical to Burnaby South, he also touted a national platform — calling for expanded health coverage, building half a million affordable housing units across Canada, transitioning to a green economy, and working towards reconciliation with Indigenous communities. 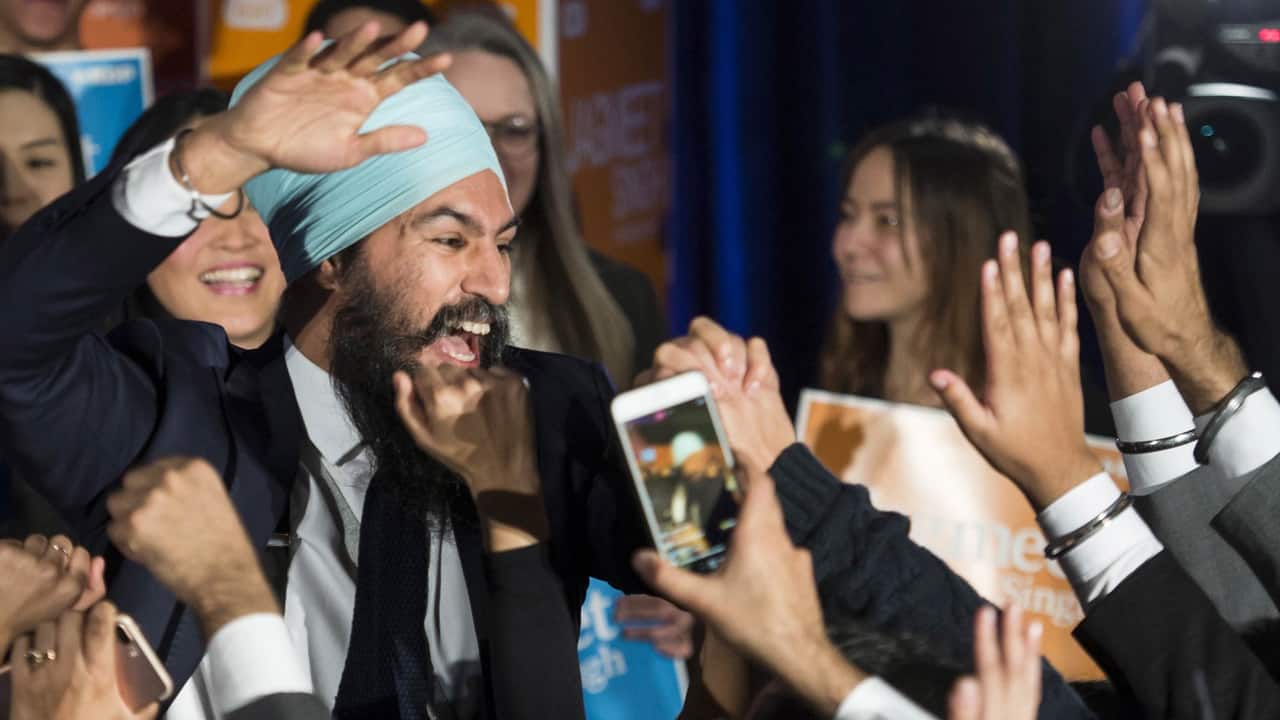 Singh criticised the Liberals and Conservatives and called out the purchase of the Trans Mountain pipeline.

“New Canadians and people who are fleeing are not responsible for the problems that we’re faced with,” he said.

With all polls reporting, the NDP claimed 39 per cent of the vote, the Liberals 26 per cent, the Conservatives 22.5 per cent, and the People’s Party 10.6 per cent.

Just under 29 per cent of registered voters cast a ballot, not including electors who registered on election day.